I have a story to tell—a story about how delusional the world can be. It all started with a headline I read on a LinkedIn article posted by a fellow educational consultant:

“HOW BINDING IS EARLY DECISION?”

The headline screamed out at me—surely this was a rhetorical question. Then the colleague/educational consultant went on to write, “MY POSITION IS [Early Decision is] ONLY BINDING TO THE DEGREE THAT A SATISFACTORY FINANCIAL AWARD PACKCAGE IS AGREED UPON.”

My mind’s been reeling for weeks, and I’ve remembered something that happened not too long ago…

On the Thursday before Labor Day weekend, at noon, I received a call from a lovely Connecticut mom. The one whose all alone and whose “damn Mexican ex-husband isn’t paying a cent for Sophia to go to college.” And she wants to know if she has to mention this titan of Latin industry on the common app, the FAFSA, etc. etc. etc. I’m only helping with one essay because they “can’t afford to do more” with me due to that same “damn Mexican father.”

Well, I advise nervously, “you better make sure you explain on all of the forms that Sophia’s Dad has gone AWOL and that you can’t get a peso from him.” She agrees and rushes on to say, “Thank God she’s got that Mexican last name from him—at least.” (The mom’s not even close to being Mexican and Sophia’s never seen the inside of a church, let alone a confessional, but Sophia does speak Spanish—and French; She just got back from six weeks in Pyrenees.)

And then Mom gets even more excited. I can practically see her ringing her hands together. “We’ve had a really tough two years, financially,” she gleefully explains as we are getting off the phone. It’s now 1pm and she’s got to take Sophia to “get her nails done.” Of course, I’m wondering where my housekeeper is right about now because it’s midday on a workweek. I assume Virginia is cleaning someone’s toilet somewhere and I’m working at my office in Chelsea. Neither of us is getting our nails done right in the middle of this sunny afternoon. So, I just can’t help myself. I have to ask the Mom: “Did…you make…less than $30K last year? Silence “Less than “$60K?” I ask.

“No, she responds, deflated. “I know. That might be a problem when Sophia applies ED.” I’m not even sure Mom even has a job, or needs one. How did she send Sophia to the Pyrenees for six weeks and do they own or rent that house in Connecticut? ED Might be a problem?

So again, I nervously ask another question: “How much… did you… make last year? Roughly.”

“Well,” she says with a small chuckle, “a lot more than sixty thousand.” But I’m not LOL-ing as she explains that she recently read, and then confirmed with friends, that ED isn’t “always binding—at certainly not the financial aid offer part.”

All I’m thinking about is what I paid Uncle Sam last year. And suddenly I’m reminded of another story I just hear about a woman who fell on a Royal Caribbean cruise. Maybe you heard it. It was a few years ago. She slipped near the soda machine and hurt her arm. That cost Royal Caribbean somewhere in the neighborhood of $225,000—just to shut her down.

I’m not saying she didn’t deserve the settlement. I wasn’t there. But I also heard the part about it being after midnight, near the Schooner Bar, after several Cosmos? BTW, the price of a Royal Caribbean vacation has doubled over the past few years. So have your taxes. That’s all I’m saying.

I get that the price of college is ridiculous. And I’m no saint; I smile and shut my mouth when the Metro North train conductor forgets to punch my ticket. But dontcha think some of us have to take responsibility for tuition inflation, all inflation? Or is it all the insurance companies’ fault when we drink, drive and crash?

IDK. Maybe it’s time we stood up and made our outrage over ED clear—do something about it instead of gaming a system that clearly helps those with money, those who have enough money (and the foreign names) to manipulate it and ignores those without.

But for now, the binding part? Yes, it damn well better be binding or I’ve got a huge number of students and families who are gonna be pissed off. Not only are they not getting the benefit of it, but they’re taxes are paying for the many who manipulate it. What’re we teaching our children—all of them?

So—ED means: If the college accepts you and offers you enough financial aid, you must go to that college. That’s what “binding” means. And it should be. Why?

As an Independent Educational Consultant who helps hundreds of minority/low income students apply to college (http://essaybusters.org), I’d be pretty irate to find out that ED is a wink-and-a-nod kind of thing, just another system to be gamed by moms who think they should get special favors because their alimony is only in the six figures instead of the seven. The financial aid offer is the very reason we council our low-income students to apply Early Action (EA) where possible and Regular Decision (RD) when not. (Don’t get me started on EASC.)

Those taxes we pay every year shouldn’t go to support financial aid for people like this mom, but for those kids who actually have financial need. So that, in theory, we can help give the hardworking poor a chance to be educated for ALL OUR SAKES. SO ALL BOATS CAN RISE AND WE CAN FINALLY GET OUT OF THIS ECONOMIC MESS.

And so, is Early Decision only binding by those who agree upon it? 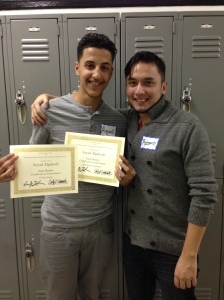 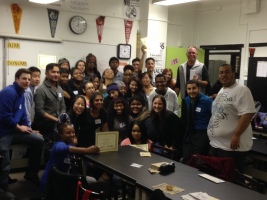 In the fall of 2008, I was invited by my boss to go with him to a high school in a run-down area of Bushwick. He needed help with a workshop on college application essays. That’s when I met Carlos–a young man whose life story seemed eerily familiar. Like me, he was the oldest of four. Like me, he was a first-generation immigrant and had moved from a struggling Latin American country with his family to gain better education and a better future. That was simply something Nicaragua could not supply. Like me, he had grown up with an alcoholic father, and a mother he saw only after she got home from one of her three cleaning jobs. And, like me, he  pretty much raised his younger siblings on his own.

I was lucky. My assigned public school was a good one, with great counselors, AP courses, an arts curriculum. (We were a low-income school, but at least we had one.) We also had many white kids whose parents made sure that the school was doing its best. (You know how certain white moms roll. It’s all about taking care of business—the business of you-bettah-make sure Mikey has a good teacher! Now, I’m not, putting anyone down. In fact, I wish my mom understood how to do that.) But, like Carlos and so many other first-gen kids, it’s just not the same. Most of us never get as lucky as I was.

Since that first workshop (which evolved into Essay Busters program we have now), I have worked with so many like Carlos—students who are riddled with people abandoning them, no books, broken school systems and the list goes on. Certainly Carlos and his classmates had little to no college guidance. Simply, it’s unfair. I’m doing my best to change that as I help each of my Essay Busters mentees work on their college essays.

By the end of the program, he didn’t just have an amazing personal statement. He had a whole new outlook on life. He had met someone who actually cared, who left work early once a week to talk to him about his life, who called him out when he was not being his best, and who stood by him and urged him on—someone in his corner who helped him grow up.

My experience is one shared by every mentor and student that comes through Essay Busters. I wish I could do more. We need your help (and you don’t have to come from a similar background as Carlos and me…these kids need exposure to all kinds of mentors). Essay Busters, like its students, struggles daily to stay afloat. For now, I do what I can. I mentor as much as possible. I’ll be doing it again in the fall. And again, and again. Here’s the real truth: Essay Busters give me my life, makes me feel honored and makes me feel privileged.